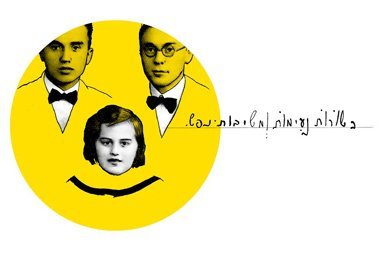 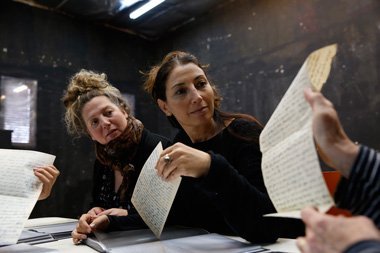 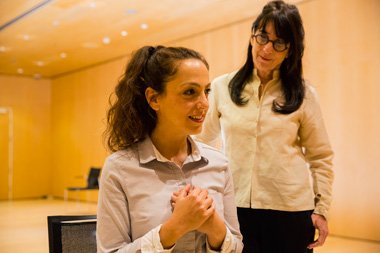 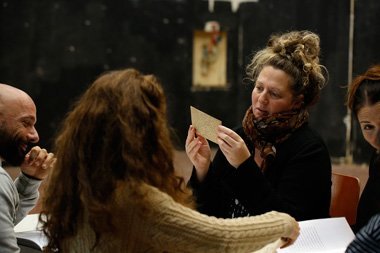 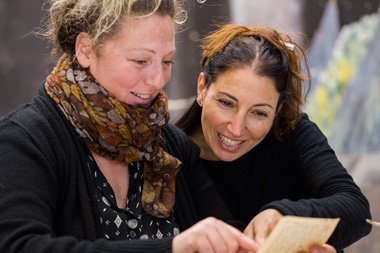 a stage work by Naomi Yoeli

It all started with a pile of wet papers written with smeared blue ink, which survived a leak in the water pipes of an apartment in Jerusalem…

It turned out that these were family letters, written for over 7 years – from 1934 until 1941 –  and sent from Poland to a family member who emigrated to Palestine.

This body of letters is adapted and performed by Naomi Yoeli, an independent director and performer, and by the actors of the prominent Ruth Kanner Theatre Group.

The performance “reads” the letters, decoding the “between the lines” emotions and yearnings of the family members, while offering more than a glimpse into the private history of one family during a critical period in the “big” history, before and at the beginning of WWII.

Between the lines\ Michael Handelsaltz, Haaretz >>