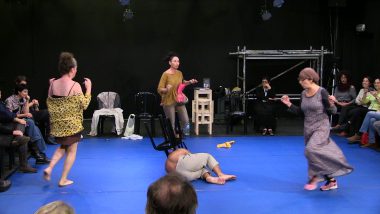 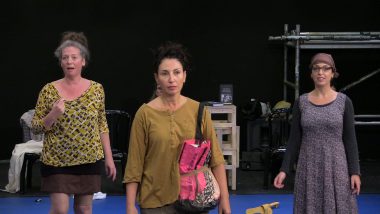 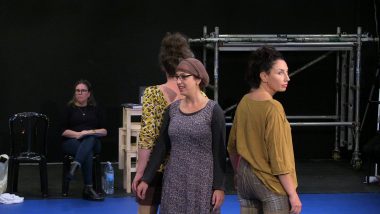 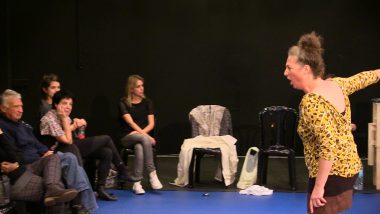 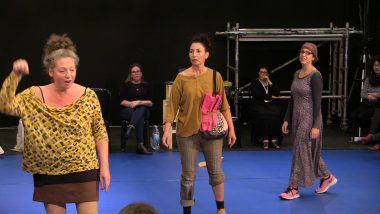 Do not madden our young men

With the hiss of the whetstone
And the dream of the plunging blade.
Do not swell their pride
With the dream of purging themselves
Of all their bodily violence
In the rapture of battle.
Do not addict them
To the drug of danger –
The dream of the enemy
That has to be crushed, like a herb,
Before they can smell freedom.

Athena, from EUMENIDES by Aeschylus

The EUMENIDES is the third part of the ORESTEIA trilogy. The two preceding parts – AGAMEMNON and THE LIBATION BEARERS – tell the tale of a series of killings in Agamemnon’s family.

Eumenides is an ancient play, holding powerful insights that are highly relevant to our contemporary life.

With dramatic sweep and by means of an exciting plot, the text brings human central conflicts to the stage: The clash between male and female intensities, between wild drives and the good order of civilization, between the rules of earth and the rules of heaven.

In “Trial on Stage” we will present selected scenes from Aeschylus’s EUMENIDES, featuring the first law scene in Western culture.

Theater is a meeting place where people reinterpret their present through the mirror of the past, where they tell again and again past experiences, from far away cultures, to their contemporaries, their audiences.

With every performance of Ancient Greek Drama we are faced with basic questions concerning man, society, culture and theater.

Working on Aeschylus’ EUMENIDES, we are confronted with questions concerning the presentation of gods in a postmodern world; with the presentation of supernatural powers, the Furies; the journey of Orestes and the inevitable trial where he realizes his duties to family and country; and finally, the transformation of vindictive powers into blessed favorable ones.

We also have to ask ourselves questions about the theatrical aspects: The movement in a round space, reminiscent of the “classical” shape of the orchestra, the nature of choral movement and songs and the relationship that take place, during the performance of tragedy, between the single actor and the chorus.

Following Aeschylus we embark on a theatrical journey. Reliving the past through theatrical experiences helps us keep the struggle for a better and more valuable human existence.