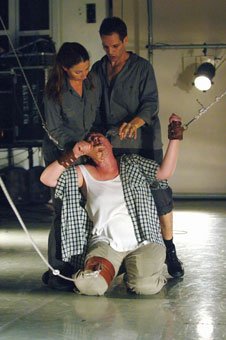 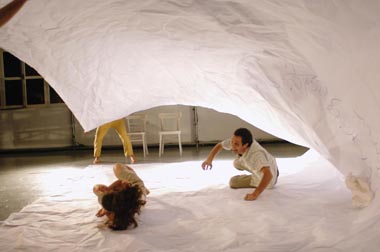 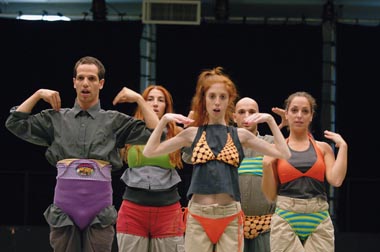 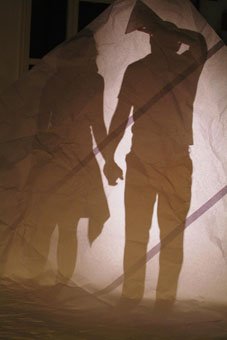 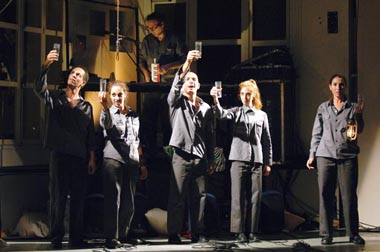 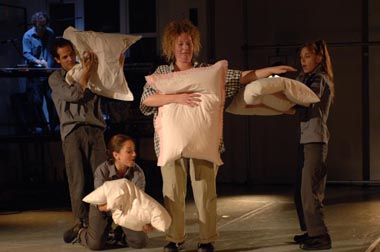 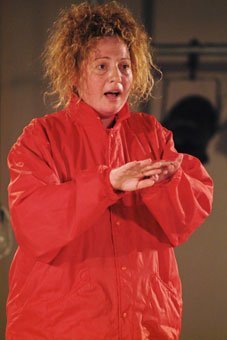 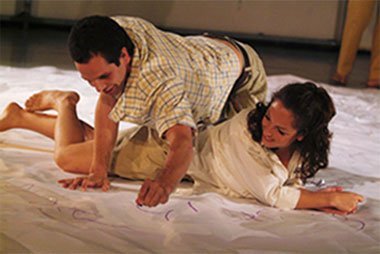 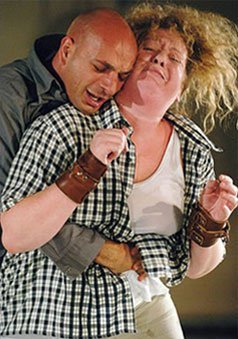 From a story by S. Yizhar

Two stories about love, life and death on the sea shore by S. Yizhar. A struggle with fundamental dilemmas – the value of human existence and the desire for meaning and direction while facing the caprices of nature.
At Sea probes, by theatrical means, into the literary work of S. Yizhar, one of the most important contemporary Israeli writers. Yizhar writes about the Mediterranean Sea and the Sea of Galilee, through which he exposes the sceneries of the soul: Our covert desires, fears and conflicts.
The story “Walking in the Sea” is taking place on the Sea of Galilee’s shore, where a young man and a young woman discover their first love.
The story “Swimming in the Sea” examines the extreme situation of a drowning person.
Yizhar’s text is being explored and interpreted by means of movement, visual imagery, voice, sound and acting. Our goal is to move with the text between the personal and the philosophical, to ask questions of identity and existence of man in society.

“An impressive, poetical theatrical work. A very precise rendering of the text and highly imaginative use of movement…acting full of nuances of the six excellent actors…” / Shai Bar Yaakov, Yediot Aharonot

“Ruth Kanner and her acting group raise the art of storytelling-theater to new heights …masterpiece acting in which every little detail of body and soul is treated perfectly and exhaustively…Spoken language that is authentic, vivid, vibrant, injuring, caressing and so lucid!.. Surprising stage design by Roni Toren…the depth and hues of the sunset were added to the story by Shaked Vax’ delicately designed lighting. .. Ruth Kanner takes words and images and inspires them with powers that can almost be measured by an energy meter… One should see to believe…a very true and rare experience.” / Zvi Goren, Habama

“Ruth Kanner’s new work, At Sea, brings to stage the landscapes and abysses of the soul … an awe-inspiring ritual event facing the two poles of life: love and death … the “Yizharian” words and syntax, with their spellbinding rhythms, are fascinatingly interpreted on stage …wonderful percussion instrumental music by Green…” / Sarit Foulks, Promo – Maariv

“One find’s oneself more attentive to Yizhar’s words and their covert depths… The storyteller is personified by Tali Kark, who possesses a rare everyday Israeli quality… physical and emotional willingness to go to a great length…As a spectator, I followed her to the edge, beyond death, beyond the void, and felt as someone who was miraculously saved when she came back to the “there is”.” / Michael Handelsaltz, Haaretz

“Kanner crystallizes, purifies and distills her theatrical credo to a breathtaking degree…a boxful of sweets and circus-like surprises, original stage inventions that draw a big smile on your face and sometimes make you roar with rolling laughter…excellence and artistic truth.” / Ido Dagan, Zman Tel-Aviv.

“Yizhar’s text has strange beauty. His Hebrew is mesmerizing … Yizhar, like a magician, elevates this language and unveils its beauty anew for us … The text had become an integral component of the totality of the show… wonderful team work … a group of actors fully devoted heart and soul to creating exceptional work… exemplary results…it is wonderful to see such a lesson in theater…” / Elyakim Yaron, Maariv.