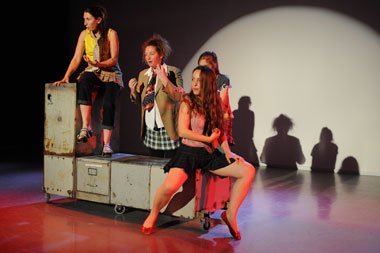 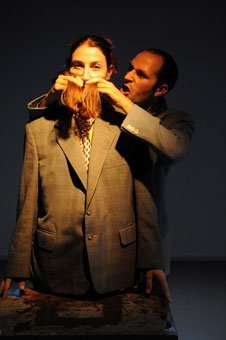 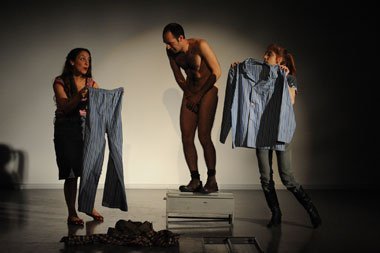 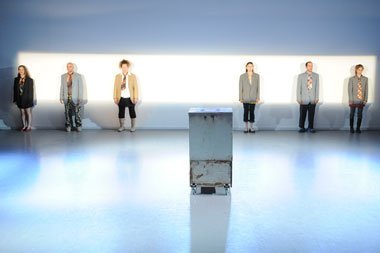 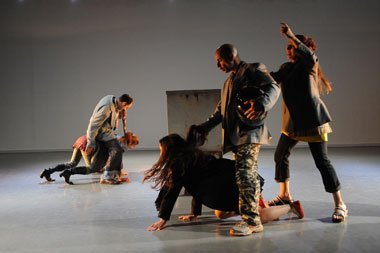 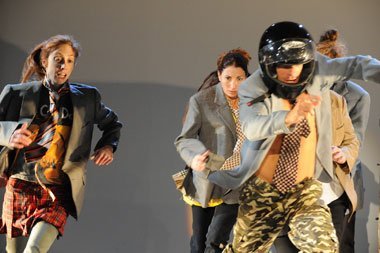 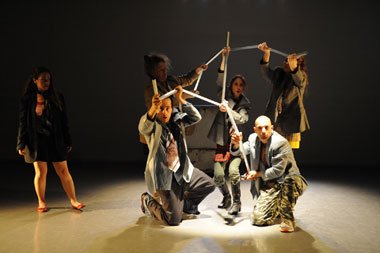 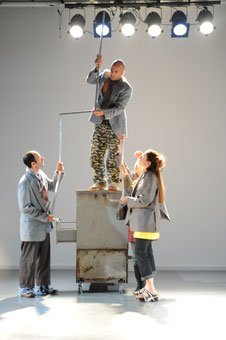 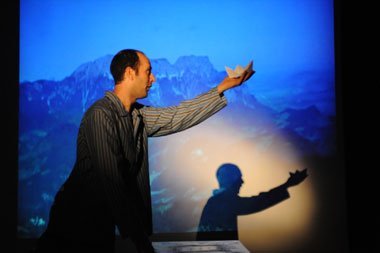 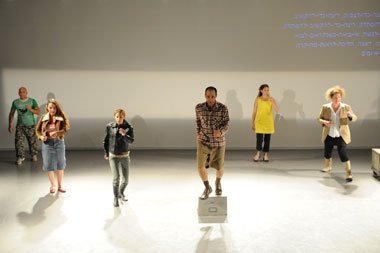 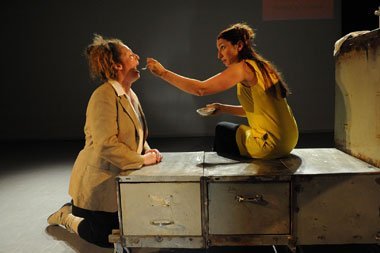 A Protocol of Fear, Brutality and Death

Based on Mordverläufe by Manfred Franke

The writer reconstructs the acts of violence committed against the Jewish citizens of the Reich during “Kristallnacht.” As an adult returning to the scene of the crime of his childhood, he reveals and exposes the mechanisms of moral evasion, vague and ambiguous talk, and turning blind eyes that made it possible for what was done to be done.

This theatrical work is based on Manfred Franke’s book Mordverläufe (Cases of Murder). Using a montage of documentary and literary means he, as an adult returning to the scene of the crime of his childhood, reveals and exposes the mechanisms of moral evasion, vague and ambiguous talk and turning blind eyes that made it possible for what was done to be done.
The stage adaptation of this book uses innovative techniques of story-telling theater, developed by Ruth Kanner’s experimental theater group. The audience is continuously moving with the actors from the present to the past and back, seeing the scenes and hearing the background sounds, now from the naïve viewpoint of the child, and then from the sober perspective of the curious adult the child became. Actors are speaking in the voices of storytellers, which are being transformed in turns into the voices of characters in the story: witnesses, neighbors, doctors, law-enforcers and perpetrators.
We, like the writer, who conducts an archeological excavation in the site of his childhood, probe the events of seventy years ago not only in order to better understand our past but also to open our eyes to our present.

“A refined, highly imaginative theater language… a wonderful team of designers and actors. This show rehabilitates one’s faith in the power of lucid stage aesthetics, in the power of excellent therapeutic theater to convey difficult messages… hammers are aroused within one’s head, by this show, pounding inside. Mark: 10.” / Shimon Levy, Israel Ha’yom

“This show deals with a question that “decent people” must ask themselves when they observe all the violence around them: What have I done – or haven’t done – when all that was happening nearby? The excellent actors demonstrate again a highly exciting presence… Fantastic sensitivity to texts and rituals…The exemplary precision and the inventive ability create an engaging show…How marvelous it is… As lucid as crystal…” / Eitan Bar-Yosef, Achbar Ha’air

“A most beautiful spotlight on the events of “Krystallnacht” from the viewpoint of a horrified little child who is trying to evade a cruel reality… A sharp, exact, penetrating performance magnifying the feeling of scorching irony… Cases of Murder is a stirring, meaningful example that presents ‘denial’ in a clear, compelling light.” / Michal Baadani, Achbar Online

“A powerful text, music, movement, use of space and props, and six wonderful actors who can excite the audience, shake them and make them laugh.” / Maya Nahom-Sahal, Calcalist

“In a new work by Ruth Kanner and her superb company, the idea that an audience can use its brain, integrity, and arresting theatricality are givens.” / Helen Kaye, the Jerusalem Post